How to Clean Up Your Inbox Without Feeling Overwhelmed 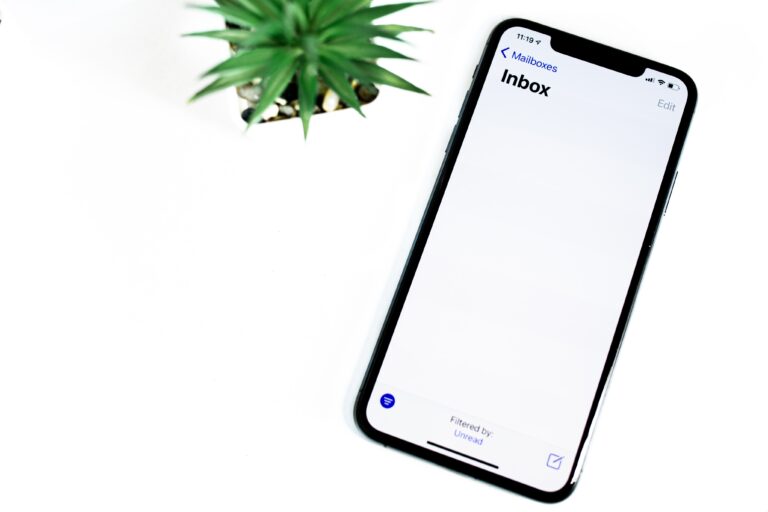 Think back to the last time you moved. It might’ve been returning from college, moving to a new state, or just a few blocks away. No matter the distance, you probably found there was a lot more you needed to pack than you originally thought. What seems like a few items in your head is actually thousands of items demanding your attention once you start getting down to it.

But where were you supposed to start? Your clothes? Your kitchenware? The books, movies, and games that you likely won’t need anytime soon?  And even when it comes to specific rooms or items… where do you start?

It can be overwhelming, right?

Then what happens if you pack up all your socks and seal the box, only to find you had a handful of socks that fell behind the bed or into the deep recesses of your closet? You have to go back and dig out the box, reopen it, put the socks in, and reseal it… but what if you forgot to label the box? Are you going to want to open every box to find the right one?

Of course not! If you were a little more organized or proactive, you would’ve labeled the box.

Unsurprisingly, your email is no different. If you don’t have proper labels, then figuring out which box (folder/label) that lost sock (email) is supposed to go into can feel like such a chore! It’s also unnecessary time being wasted.  Now imagine you just threw every single item, on its’ own, into the moving van.  What a visual mess.  That’s what is happening in your email inbox.

So how do we clean up our inbox and do it in a way that doesn’t overwhelm us? I’m glad you asked…

Just like the socks box, you want to name your folders/labels properly so that you know where you should put them. But if you’re packing, would you ever put one item in a different place than with others like it?

Probably not. That’s just extra steps and will add more time to what you’re doing!

So just like when you’re packing, take that email and put it where you know it’s supposed to be. By being proactive, you’ll not only limit the amount of time you take to organize, but you’ll have less of a chance that you’ll lose track of it.

A sock can easily be forgotten as soon as a shirt is placed over it, just like an email can be overlooked as soon as a few more emails come in, and it gets buried in your inbox.

Yes, I know it can be annoying sometimes to stay on top of things all. the. time.

But when you do, you’ll have less instances where you have to take 30, 60, or 3,452 minutes to clean up your inbox because you took 10 seconds to ensure it went to the right spot in the first place.

Don’t let that voice in the back of your head trick you. More often than not “I’ll get to it later” turns into “I completely forgot I was supposed to do this” a week later… and by then you probably have enough other things to do that you don’t need yet another task to add to your to-do list.  Then you find yourself saying “this Saturday, I will spend time cleaning up my inbox.”  Yuck.  Who wants to do that?

The micro-time you spend now will save you in the long run.

Before you do any of this, though, you should have a plan in mind.

Do you know you won’t need more than 2 plates before the move so you can pack the rest? Then why would you keep them out?

Same thing with your email. Know that this is something you’ll need to reference later but don’t need it now? File it away in the proper folder.

Don’t have a folder system set up? Take 15-30 minutes to figure out all of your clients, who the top priority clients are, and then start pulling your emails into those folders.

If there’s a client with some projects that are done (but you need to refer back to at times), and they’re giving you new projects regularly, it probably makes sense to have a folder for the current projects and one as a reference, right?

Be sure to label them properly, and now you’ll have no problems knowing exactly where to look when you need to reference an old report or when you need to double check the status of a current spreadsheet.

By having this sort of plan in mind, it’ll make your organization easier, less daunting, and therefore, less of a chance you’ll slip into some bad habits, or completely forget to file emails away in the first place.

There’s so much more than just these three steps. They’re a good start, but I have an entire system that takes these steps and gives you an even more thorough roadmap for conquering your inbox, staying on top of your to-do list, and giving you the confidence to clock out of work at the end of the day without worrying you missed something.

I believe in this system so much that I’m offering a free webinar to learn more about the ARTT™ Email Productivity course. This course will show you everything you need to stay on top of your emails and ensure you don’t make the same mistakes so many others have made before you.

Just click the link, sign up for the day and time most convenient for your schedule, and I’ll see you then!

PrevPreviousHow Often You Should Check Your Email

Have a question for us?

The ARTT™ Email Productivity Service will help you take control of your inbox and let you decide how YOU want your day to go. No more working against a never-ending email to-do list. It is time for you to master the ARTT™ of email.